Broadland Business Park has been named as the main sponsor for the Norfolk Rugby Football Union for the 2021/22 season, having been the sponsor of Norfolk Youth Rugby for a number of years. The deal covers sponsorship of senior, junior and women's rugby.

Joanna Thornton, estate manager, said: "We are very pleased to be sponsoring rugby in Norfolk and raising our profile across rugby clubs throughout the county, as well as supporting the sport and helping to grow interest in rugby, particularly amongst young players and, increasingly, women players. There are a number of keen rugby supporters working on the Park and I hope they will be looking out for our branding at county rugby events!"

The new Broadland Business Park shirts had their first outing on 26th August at the Tri-counties memorial games for men and women, when combined Suffolk and Cambridgeshire teams took on Norfolk at Wymondham RFC. 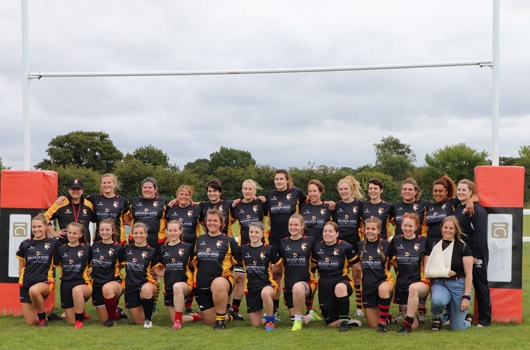