TaxAssist Accountants has been shortlisted for the Franchisor of the Year accolade at the bfa HSBC British Franchise Awards, to be held at the Vox, Birmingham, on 30th November.

TaxAssist Accountants is the UK’s largest network of small business specialist accountants, with more than 385 shops and offices servicing 76,000 clients. It is also the UK’s leading tax and accountancy franchise, with previous British Franchise Association (bfa) successes including winning Franchisor of the Year in 2010, as well as Bronze in 2015 and Silver in 2008 and 2009.

It will be competing with five other well-known franchise brands before a judging panel of industry experts and receiving a nomination is an achievement in itself, proving the business works ethically and in the best interests of franchisees and staff.

Karl Sandall, Group Chief Executive said: “At a time of such economic and social turmoil, it is very welcome good news to have once again been shortlisted as a finalist for this prestigious award, and very rewarding for the 60 strong Support Team to have their hard work and achievements recognised in this way.

“We received fantastic feedback from our franchisees and their clients on the support provided prior to and during the COVID-19 pandemic, and we look forward to putting forward a very strong case as to why we should win to the judging panel.”

Pip Wilkins QFP, CEO of the bfa, said: “TaxAssist Accountants has been a long-serving member of the bfa, adhering to an airtight, ethical operation. In 2019, network sales grew by 9%, as did client numbers and recruitment figures as, despite a struggling high street, the business excelled.”

Andrew Brattesani, Head of Franchising, HSBC, said: “TaxAssist’s initial training for new franchisees and ongoing support is rigorous, with other courses available and optional for franchisees and staff, such as the Management Development Diploma, which has had a very good take up.”

If you are interested in joining TaxAssist Accountants, it is holding monthly Virtual Discovery Days where you can spend a day with the team to find out more about the business opportunity and support on offer. Visit the website for more information. 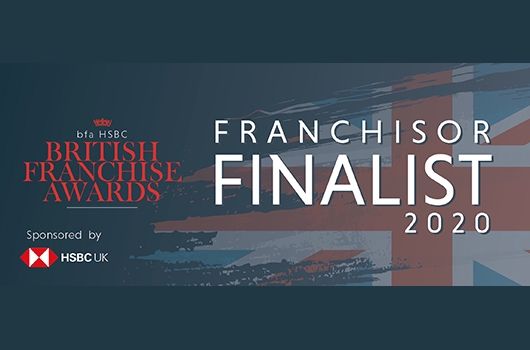